My Adventure has begun with National Health Corp

CEDAR RAPIDS, IA—Thunder bellowed in the heavy air and lightning snaked its way across the dark early morning sky of August 26th. In a few short hours I would board a plane with all my belongings and land in Pittsburgh, PA, to join the Pittsburgh Health Corps. A new year filled with service, new adventures, and new friendships lay ahead. Despite the severe weather that slammed the Midwest and altered my travel plans, I finally met my roommate at the baggage claim. We stuffed my bags into the back of her car and drove towards the lights of downtown Pittsburgh.

Ever since I was allowed to sit in on my little brother’s first wellness check-up, I have wanted to pursue medicine. I want my patients to feel involved in their own medical care. Too many patients end up getting lost in the system. I especially have an interest in working with the underserved population. Throughout college, I volunteered with a Burmese-refugee sewing group. I learned a great deal about the social issues these immigrants faced in our community, and also about overcoming the challenges of communication. As a health care professional, I want to work closely with the Spanish speaking population. The National Health Corps is a program that allows me to learn about the hardships and challenges that underserved populations face in healthcare, while being able to provide some relief and be able to see the differences I am making for the people that come through our door on a daily basis. It also is providing me with a chance to practice my Spanish and understand how western medicine and the Hispanic culture intertwine.

As a college student I worked to give back to the local community. During my first year of college, I participated in an AmeriCorps year of service known as ICAP (Iowa College AmeriCorps Program). Being from Colorado, I was out-of-state, so this program immersed me in my new community. My main service site was Mercy Hospital, working in the pain clinic. I helped the secretaries file paperwork, make charts, and clean rooms. I found that though I did a variety of service projects, those that were the most difficult were often the experiences from which I learned the most and developed the most as a person.

Through ICAP, my friends and I went on a service trip to Chicago, where we learned from and worked with the homeless population. My favorite project was working with a community to harvest their urban garden. The children told us about everything that they had learned, from composting to planting different vegetables. At the end of the day we had a picnic that included lots of food from their garden. It was heartwarming to see how proud everyone was of putting food on the table.

I have only been in Pittsburgh for a little over a month and the cool crisp autumn air is starting to settle in. I have already worked to overcome the challenges of figuring out the public transportation system and maintaining a tight budget. I have friends in a city where I once knew nobody, and I have a mentor that is committed to help me learn as much as possible about health care and the insurance process. There will be more challenges to overcome professionally and personally in the next ten months, but if I’ve learned one thing from my past AmeriCorps experience, it is that the hardest challenges make the best stories and plant the seed for the greatest growth. 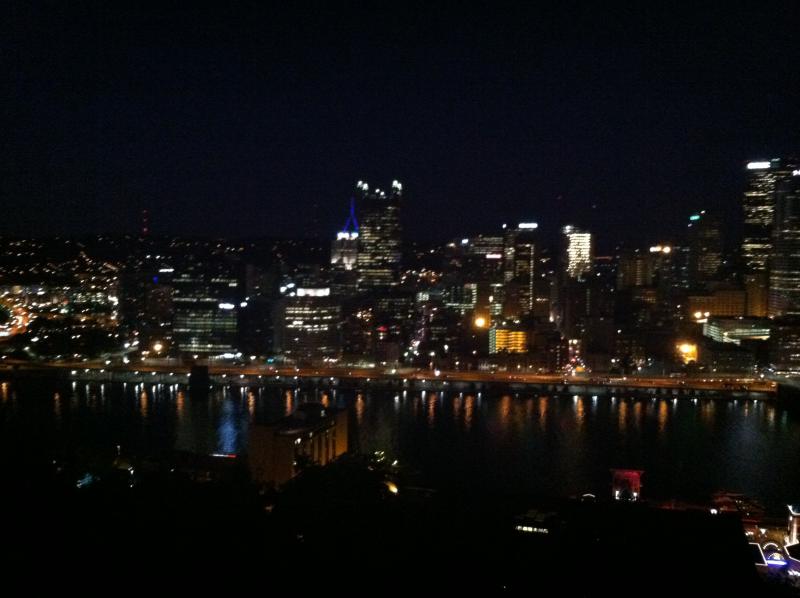 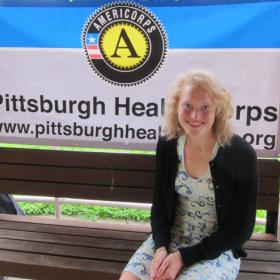